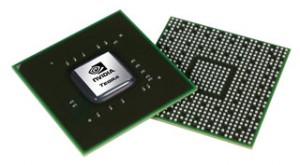 The smartphone/​superphone Tegra 3 offer­ing (AP30) will have two or four cores and sup­port res­ol­u­tions up to 1366 x 768. Both Tegra 3 ready­ing samples since the fourth quarter of 2010 and the first devices based on them will launch this fall.

Source: bright side of news